As a moderator on the JavaRanch, I often come across people asking “What would happen if I executed the following code”. Many times the author of such posts can answer the question by copying and pasting his/her code into a Java main() method and running it. Some might chalk these posts up to being lazy, but, clearly, taking the time to write a post on a message board – often signing up as a member for the first time – takes some amount of effort as well. With that, I’m going to be go with the assumption developers avoid experimenting with code because they are scared or unsure of their own knowledge. Besides which, if it is a matter of laziness, there’s not much advice I can give except to say “Don’t be lazy”. 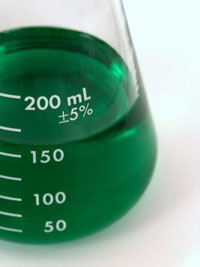 Why is experimenting with code can be scary

In my experience as a teacher, development lead, and moderator I often come across developers who are unsure of their own knowledge. Often times they don’t fully understand what it is the code is doing and are afraid to experiment for fear it will either demonstrate their own personal weakness or harm the existing code. To them, I believe that experimenting is most crucial, if only because some of the doubts and questions that linger in their head can often be answered in an surprisingly short amount of time. If you are staring at a piece of code, puzzled by what you do not understand, take my advice: Step back and play 20 questions, ask yourself “What are questions I have about this code that can be answered with a simple yes/no?” then set up test code to answer each question. Once you have your answer, your doubt about the application should vanish, replaced by first-hand knowledge of what is going on. Keep in mind that sometimes these experiments lead to even more questions, but that’s good; it’s part of the learning process. In those cases, perform even more experiments on the code.

What is an experiment?

What constitutes an experiment? Oftentimes, it involves just writing a short line or two of code, then writing a logging statement, or, more commonly, if you don’t have a logger, a System.out.println() statement that displays the value of some variable or object. For example, if you don’t know why a method is behaving a certain way, add a dozen output statements throughout the code so you can follow two things: 1) the path the code is taking and 2) the value of the data throughout the code. Many times, you may be staring at a section of code, wondering why it’s not working, only to find out that section of code is never reached at run-time. Experimenting can be about changing values and recording the inputs, but sometimes its just about outputting where/what you think a process is doing.

Some people will recommend a debugger for experimentation but I’m not one of them. Aside from often being unwieldy and confusing to use, especially for beginners, sometimes running code through a debugger can affect what it outputs. For example, in a server environment, remote debuggers can be especially difficult to use. Services may have transaction timeouts of 30 seconds, and pausing the code in the debugger can cause an exception to be thrown before the method is complete. If you like using debuggers, more power to you, but as someone who has used both output statements via logging tools and debuggers, I greatly prefer the logging tools. Primarily, this is because the output statements give you more of a trial and error structure to work with: either a test succeeded, or it failed, and the output is all there in front of you.

The easiest and safest experiments are those you create that are completely separate from any other code. In terms of Java and Eclipse, this is akin to creating a new Workspace and a new Java Project to run the test code in. Every developer should have a temporary, throw-away workspace like this to perform low-level Java tests with. Simply create a file which in some way asks the question you want answered, and execute the program to evaluate the results.

Let’s say the code is highly framework dependent, such as often is the cases with J2EE and database-driven applications. For example, creating a temporary workspace to house your test case may be too cumbersome to implement. In such a case, you can run the experiment inside your existing code provided you are careful and follow some general guidelines:

Final Thoughts
In my experience, one of the things that separates a great developer from the rest of the pack is that the great developer fully understands the code they are writing. When a bug appears (even great developers can cause bugs), this person often has a good idea where to look for the problem right away, and save valuable support time. Ultimately, if you ever find yourself mystified by your own code base, run some experiments and learn why things work the way they work. You’ll be a better developer for it!