I upgraded my Mac to High Sierra and then learned more about .NET and the Mac that I wanted to.

I got an error that there were two copies of a file:

There was an error in loading the file. Check to see the file is valid.

I tried to re-install Mono choosing the latest release 5.4.1. (Mono is the runtime for .NET on Mac and the M3D software uses .NET). This actually made things worse cause M3D to crash on opening. Then I rebooted and got an error that I wasn’t on the latest Mono. But I was.

I tried re-installing the M3D software. I got:

The Mono Framework installed is not support. You must install the latest version to continue. Would you like to visit the Mono website to downloaded it?

The Mono Framework is a required component for this software and must be installed first.

Turns out I installed the Micro software instead of the Micro+ software. Reinstalled correct software.

Then I tried downloading Visual Studio for Mac. Didn’t help.

At this point, I decided to be more methodical. I tried running M3D at the command line to see if I could get more data:

WARNING: The Carbon driver has not been ported to 64bits, and very few parts of Windows.Forms will work properly, or at all

I ran the command to agree to the license, but that didn’t solve my problem.

Then I installed an older version (5.0.1) of mono. WHich got me back to the original message.

I contacted M3D support and they gave me a workaround in just a few business hours. They suggested clicking on a recent model rather than loading through the OS. That worked fine. Then they suggested dragging the file directly from the Finder into the open UI.

That worked! I can print again. Thanks M3D.

I bought a M3D printer earlier in the year. M3D offered an inexpensive trade in for the Micro Plus.

They sent a FedEx label where FedEx lost the package. Seriously, here’s what happened:

I didn’t notice for a while because I assumed it would take a number of weeks for M3D to send the new one. They had a lot of trade ins to deal with after all. Then I had two trips and wasn’t home. When I got home and still no printer, I checked on the status and learned it was missing. I filed a FedEx claim and also emailed M3D asking what to do. After all, I’d be out the upgrade fee if I had to buy a new one with the FedEx claim. And be printer-less for even longer.

M3D was awesome. They sent me the upgraded model from the trade in without having received the original. So now I have my new printer and am still waiting to hear back from FedEx. They can send M3D a check when the finally get around to it!

There’s different software for the Micro+ so I reinstalled. It no longer says the software is beta.  They still don’t sign the software. I had to do “control open” on my Mac because it said the software was from an unidentified developer. After plugging it, I got prompted to update the firmware on the printer.

The printer verifies you removed the gantry clips and guides you through inserting the “ink.” Unlike the old model, I got prompted with two questions:

I’m a little worried that the printer remembering how much filament is left is going to be a problem since I am using third party filament. The printer will think the roll is done, but it won’t be. Since I don’t print more than a micro sized roll in one shot, I think I’ll just always pick new.

Like last time, it took three tries for the filament to come out. There was a bubble at first, but no white initial filament.

On my first job, the filament was printing only little thin stringy segments. I realized that instead of white initial filament, it was black factory filament as a default. Since I was testing with black/gray, I didn’t notice right away. After I removed/inserted a few times, it ran through that initial test filament and all was well.

My mistake in testing

I didn’t read the instructions because I’ve been using the old M3D and “knew” what to do. I forgot to do the initial calibration with the new printer. Oops. That explains why my first few tests failed. It took a calibration and two test borders before the output became normal.

The Micro Plus has some new features. You can clone the model to print more than one in a shot (presuming it is small.) You can set custom quality profiles. You can save print jobs with your configuration.

And it has untethered printing! It’s an option you can check off in a print job. Now the first step is that the software saves the job to the printer itself. Then it does the usual processing/calibrating/printing.

The untethered printing is listed a development feature rather than a full fledged feature. But it works. If you untether from your laptop, it continues printing. If you plug back in the USB, it gives you the status on percentage/time to completion.

One thing I noticed is that “reset” is where you’d expect an “ok” button to be and print is all the way on the left. That’ll take a few tries to get used to!

I printed using M3D filament and third party filament. Both worked the same way as on my old printer after calibration. Except that I can use my computer without being near the printer while printing long jobs. And that is awesome! 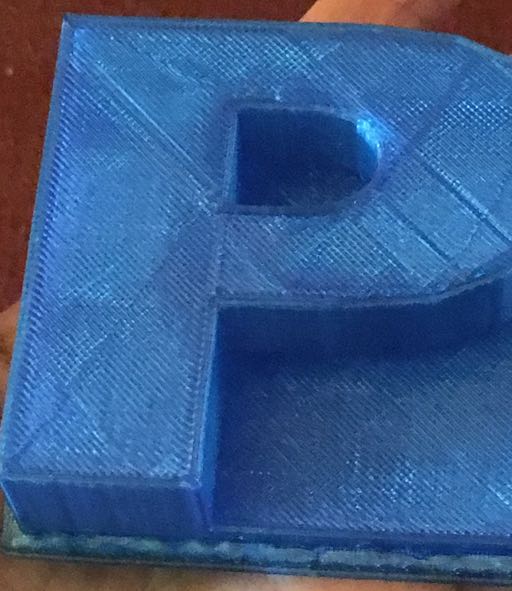