After my little adventure with Java 7, downloading Eclipse and configuring it was a non-event. 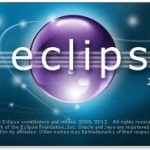 The download site is smart enough to pick up on the fact that I am on a Mac and default to presenting me with choices of packages/bits for my OS.  I have to choose between Eclipse for JEE developers and Eclipse for Java developers.  The former has web tools and JEE tools.  The later has eGit and Maven.  It sounds easier to install eGit and Maven after so I chose the JEE edition.  It’s a 200MB download so I need to allow half an hour for download.  Time to do something else for a while.

My plugin list is similar to what I installed for Eclipse 3.7 (Indigo).  In fact this year, I didn’t install them one at a time. I used the suggestion in last year’s blog comments and did:

Very cool! [last year I couldn’t do this because my Eclipse 3.6 was on a different computer]

The significant plugins I use: (I’ve installed a couple others over the past year and migrated those, but I’m not that attached to them.)

What I’m neutral on