Recently, I was looking for a way to limit the amount of text a user could enter on an HTML form within a GXT application – for example, limiting a zip code input field to five characters. I wanted something that functions identically to the maxlength attribute found in HTML <input type=”text”> fields. While GXT does offer a maxlength attribute within a TextField object, it does not function as one might expect. Instead of limiting the number of characters the user could enter, it interacts with the validation process and displays a validation error (such as highlighting the TextField in red) after the fact if a user entered too many characters.

I discovered a post on the Sencha support forum that shows how to create a subclass of TextField with the expected functionality, ie, to limit the number of characters the user can type to be the maxlength attribute. Since I believe such a class is desirable throughout my application, I generalized the original anonymous inner class solution to be a regular Java class.

Simply add the following class to your application and replace all your instances of TextField with BoundedTextField and the maxlength attribute will function as a text limiter. I hope Sencha will eventually include support for this form of maxlength functionality within the API. Thanks to Sven at Sencha for providing the original solution. 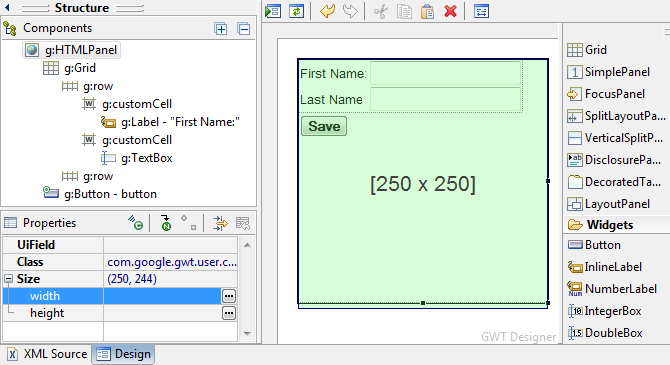