I’ve been using Mongrel to launch Tomcat in one click from Eclipse. In Neon, this stopped working. I learned in a comment on that blog post that there’s now a plugin called “Eclipse Tomcat Plugin 9.1.0” that does the same thing. It is advertised as being a successor to Sysdeo. And it is. But so was Mongrel. However, it works in Neon and does the same thing as Sysdeo/Mongrel so it is logically a successor to both!

The process was easy to get going:

eclipse.org went with a neon colored theme to announce the launch of Neon. I found it a bit glaring. The “e” and “n” lights go out after a while which I suppose is cute.  The matrix comparing the packages is still clear. It turns out not to matter if you choose the Java EE version or something else for the download. The list of Eclipse packages had a sponsored package in the list. Wonder how much IBM paid to have Bluemix listed second. I also learned there is a Scout package. I hadn’t heard of Scout which is a framework for HTML 5 among other things.

Overall, there’s a lot I’m excited about in this release.

With Eclipse Mars, they switched to a tar file/Eclipse installer for Mac. This is my first upgrade since that Eclipse became a native Mac app. The installer says “Eclipse installer by Oomph” and gives you a choice of a number of Eclipse packages. Which means it doesn’t matter what you choose because it takes you to this point. 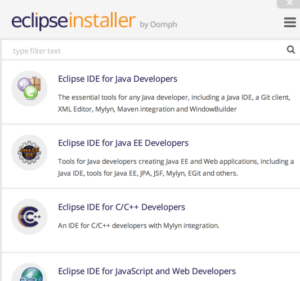 Then it asks where you want to install. This is good as it lets you have both Mars and Neon installed as native apps. (I was wondering how they were going to deal with that when Mars went native.) 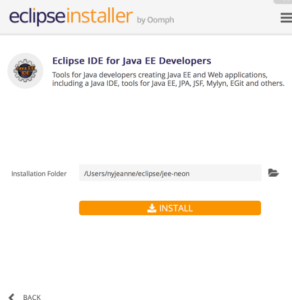 The default location seemed like as good a place as any. I clicked install and agreed to do the terms. As I saw the progress bar, I got prompted to agree again. As it was downloading the necessary pieces, I got a warning that downloading was slow. 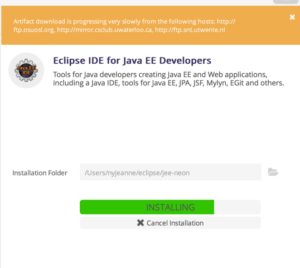 Then it was done and I was able to launch Eclipse. I got prompted for a workspace location. I like to upload my workspace in place so I agreed that I would be preventing the workspace from opening in Mars again. (I backed it up first in case.) Then I saw the Neon slash screen. I was a little worried about this since I didn’t like the home page. No reason to worry. It’s pretty! 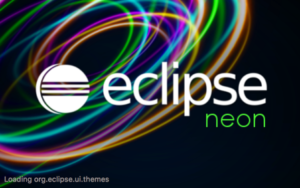 Like last year, I decided to install the plugins I need for Eclipse Marketplace so I can shed the plugins I tried out and don’t actually want. Cleaning plugin house once a year is nice.

The significant plugins I use are listed in this table. A number of plugins were beta for Luna or I had to use the Kepler version. I don’t remember that problem in previous years.

Last year, I tried out the Code Recommenders plugin. I didn’t install it this year as I hardly used it. I added Contrast and Bytecode Analyzer as plugins I installed in the past 12 months that I like. Everything installed easily from Eclipse Marketplace unless otherwise noted.

How to use it

I wanted to run JUST this rule so my commit doesn’t have other things in it. (I like to run these rules one at a time). Here’s what I did: