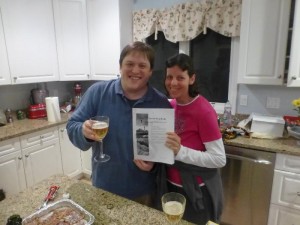 In September, Scott and I announced we were writing a book for the OCA (Java 8) exam. Just over a month later, the book cover is up on Amazon along with the estimated publish date of December 31, 2014. I assume this means early January as I find it hard to believe anything happens at a large company during Christmas/New Year’s Week.

It’s great to see progress though. The book is now starting the technical proofreading stage. Yesterday, our tech proofer showed us what the PDF or some of the chapters looks like. it was really cool seeing the jump from a (heavily edited and iterative) Word document to a sharp looking PDF. It’s also exciting seeing something we wrote in near final form.