I am co-volunteer coordinator for the NYC FRC (FIRST Robotics Competition) regional. The volunteer system could have better usability.  I’ve been thinking about writing up a “click analysis” for common workflows. The idea being that good usability shouldn’t take a large number of clicks to do something common. When my friend asked how to cancel an application, I finally decided to it.  (cancelling is at most 4 clicks once logged in which isn’t bad. )

But on to the most common volunteer task once you are logged in as a volunteer coordinator. How many clicks and are they all necessary.

There’s a report called “all unassigned volunteers”. But it doesn’t have links from the person’s name to their profile. Which means you can’t assign from there and have to do it the long way.

A friend asked me how to switch from one volunteer event to another on firstinpires.org. It isn’t intuitive at all.

If you were already assigned to the role

If you were not yet  assigned to the role

Is there something with every other year and Maker Faire weather. In 2013, we exercised our rain plan and had a giant goldfish bowl of rain! In 2015, we used our rain plan again. Last year, it rained overnight, but not during the event. This year in 2017, I was excited about the weather. It was going to be shorts weather with not a cloud in the sky.

Turns out there’s a downside to that. It was too hot for the robots. On Saturday, the robots started overheating and we were caught by surprise. The RoboTigers made a sunhat for their robot: 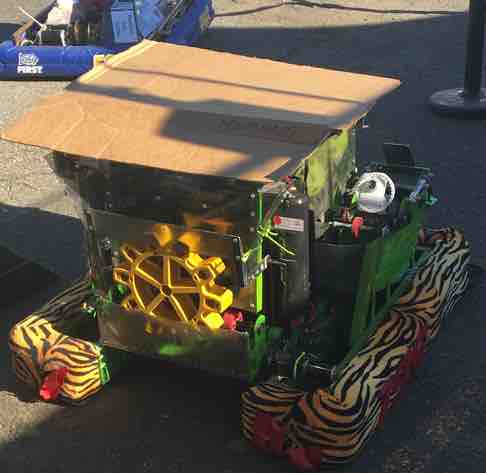 On Sunday, we let the teams know what to expect. In particular to make sure the robots took breaks in the shade and not just the humans. The problem was there wasn’t much shade. So I made some with tablecloths. Elegant looking robots:

The Brooklyn Blacksmiths needed to cover a part of the robot so the motor didn’t overheat when running. They had a work glove around so added that. Then the robot became a high five robot! 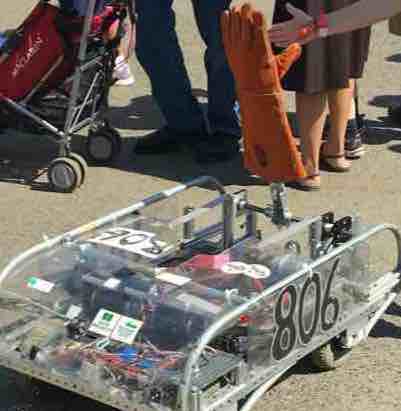 We also brought a water cooler that we kept refilling so water was handy. Finally, when people around us left early, we expanded into their space. Good for us to have more space. And good for Maker Faire to not have that gap.

And we won a ribbon. In shorts and all! 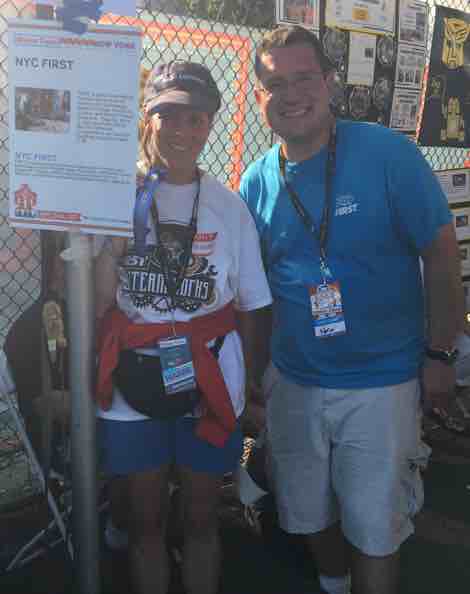