eclipse.org went with a mountain peaks as the website theme for the release of Photon. Fun and fitting. The Eclipse site prompted me about the cookie use policy. Another change since last year, but not unexpected.

The matrix comparing the packages is still clear. The Java version is a subset of the Java EE version. I chose the later since it has the JavaScript tools built in. Unlike the last few years, a sponsored/commercial version wasn’t featured prominently. In fact, I didn’t notice one at all. Vaadin and JRebel do show as sponsored/promoted plugins in Eclipse Marketplace though so no risk forgetting about them!

I like to download and install a fresh Eclipse so I don’t have random plugins I’ve tried throughout the year. I downloaded the installer first which is a nice small, well relatively small, (55MB) file. I choose “Eclipse IDE for Java EE Developers” and an installation folder. This took a few minutes. I saw messages go by about it being slower than usual to download Eclipse plugins from various servers. Presumably because Photon has only been out a few days and lots of people are downloading.

I got a prompt from Oomph to accept /plugins/org.eclipse.rse.ui_3.3… as unsigned content. I accepted, but was a little surprised.

Then I was able to open Eclipse 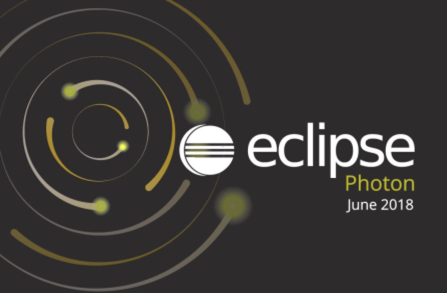 The significant plugins I chose to re-install are listed in this table.