Oracle announced that they are turning JavaOne into Oracle Code One.  There was a lot of Twitter chatter that week. I want to add my two cents.

First off all, JavaOne had two non-Java tracks last year: 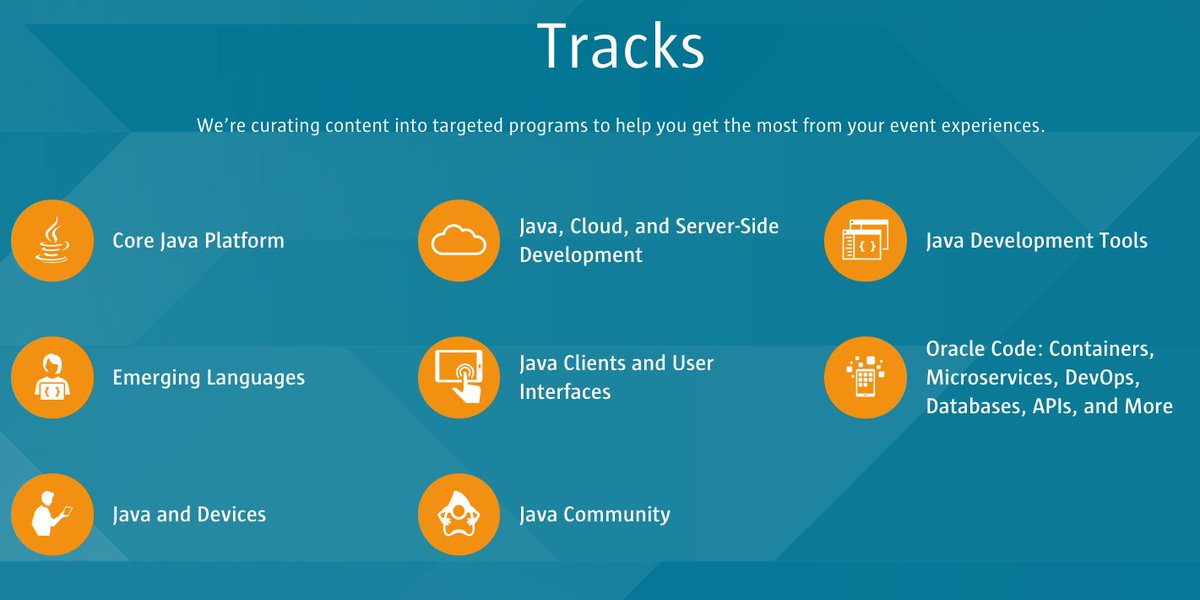 That means that 2/7 or approximately a quarter of the conference was already not about Java. I realize that’s not exact. Some of the topics in that quarter were about JVM languages. But it does show that JavaOne reflected the reality of polyglot developers and didn’t focus on “just” Java. (I think I remember there being some JavaScript stuff too, but maybe I’m remembering wrong.)

It’ll be interesting to see what if anything moves Oracle OpenWorld to Oracle code. Some of the Oracle technology specific sessions are about coding so maybe it is time for them to move.

Oracle ran Oracle Code in different cities. I went to (and spoke) at the New York City one. There was a good amount of Java there. There were also a good number of talks Java developers would find relevant even if they weren’t specific to Java. If that ratio of talks at Oracle Code One matches Oracle Code, I’ll be one happy developer.

Change is hard. Personally, I really wanted to speak at JavaOne. So glad I got to last year before the opportunity was gone. That said, Oracle Code NYC was a good event so I expect Oracle Code One to be as well. And I want to speak there too. So now I have a new goal :).

The world isn’t ending. This isn’t the death of Java or the conference.  What makes “JavaOne” the flagship conference isn’t the name. It’s the people/venue/event/scale. So if you are a Java community leader/speaker, go again. Don’t make “the death of JavaOne” a self fulling prophecy.

And now off to submit my application…