The book has either been out for three months or six weeks depending on how you count. (The e-book was released earlier). A couple weeks ago, Scott and I took a picture with the book: 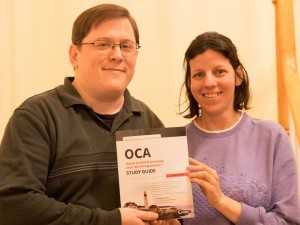 While it is bizarre to me that Amazon doesn’t include Kindle sales, it is cool seeing the map. The NY area has the most sales which isn’t surprising. Scott and I both live in the tri-state area and have therefore told the most people there. DC and Dallas were second and third.